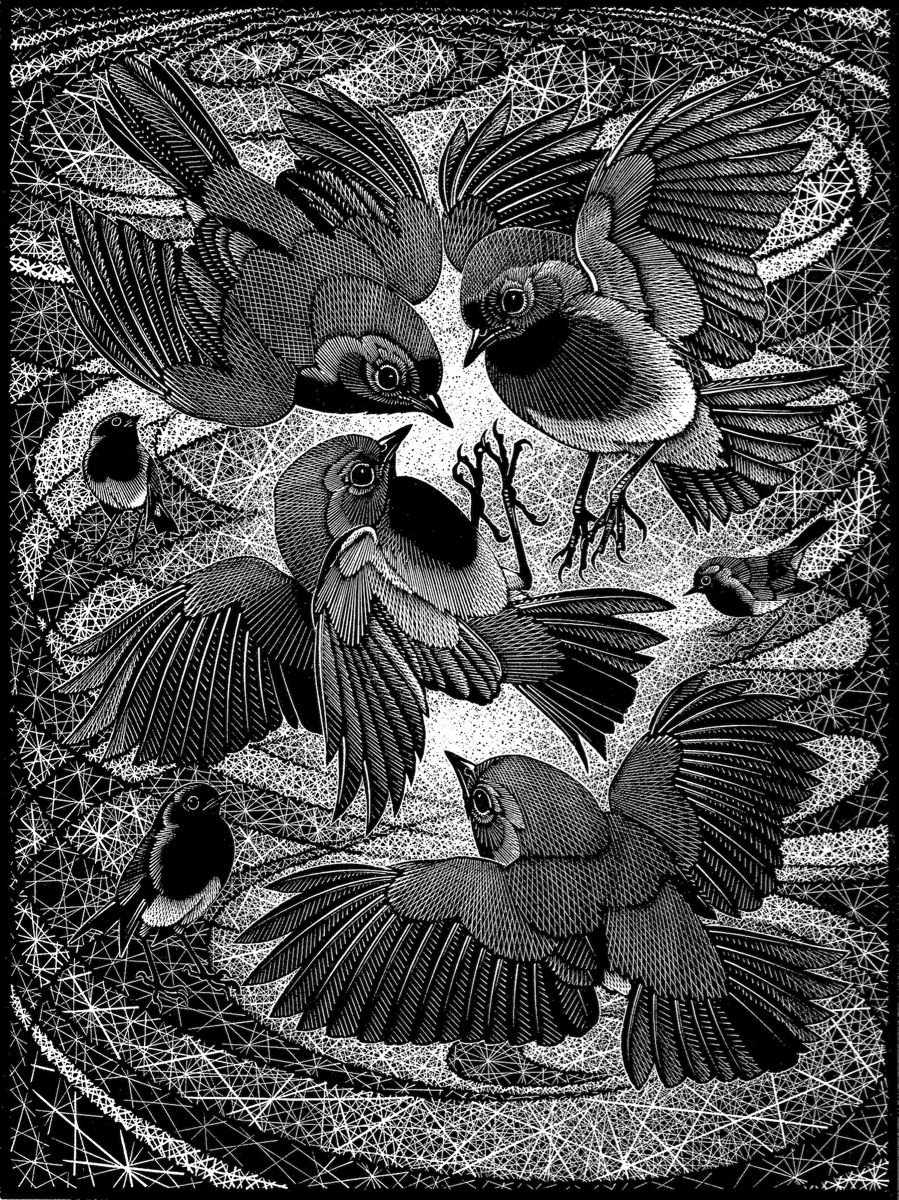 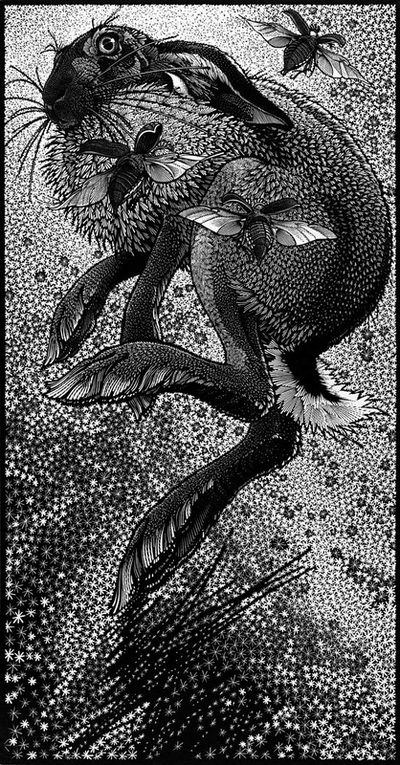 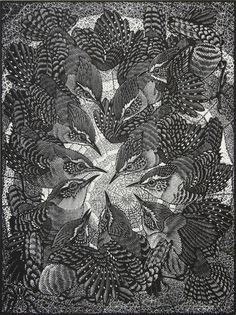 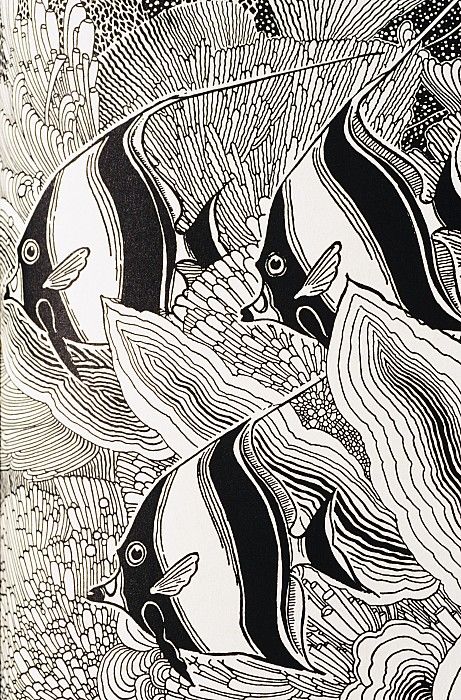 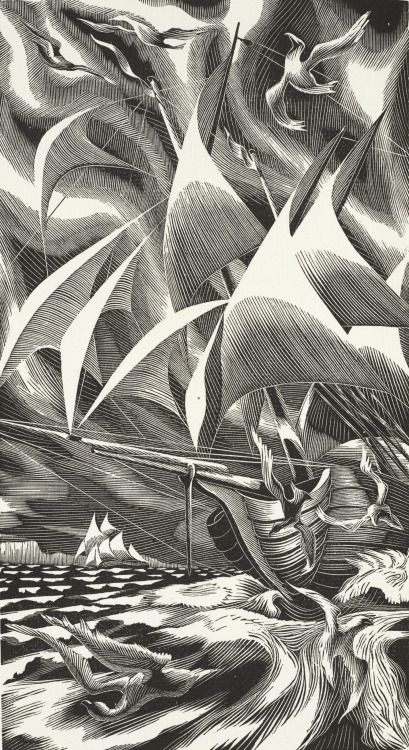 uwmspeccoll: turnbullrarebooks: Frontispiece in Sparmann, A voyage round the world with Captain Cook in H.M.S Resolution (Golden Cockerel Press, 1944). The Golden Cockerel Press, one of the most important and productive of the English private presses, started work in the 1920s. It became well-known for its illustrated books. This stunning woodcut of a sailing ship is by Peter Barker-Mill. His engravings were considered revolutionary and a highly successful step forward in the adaptation of... 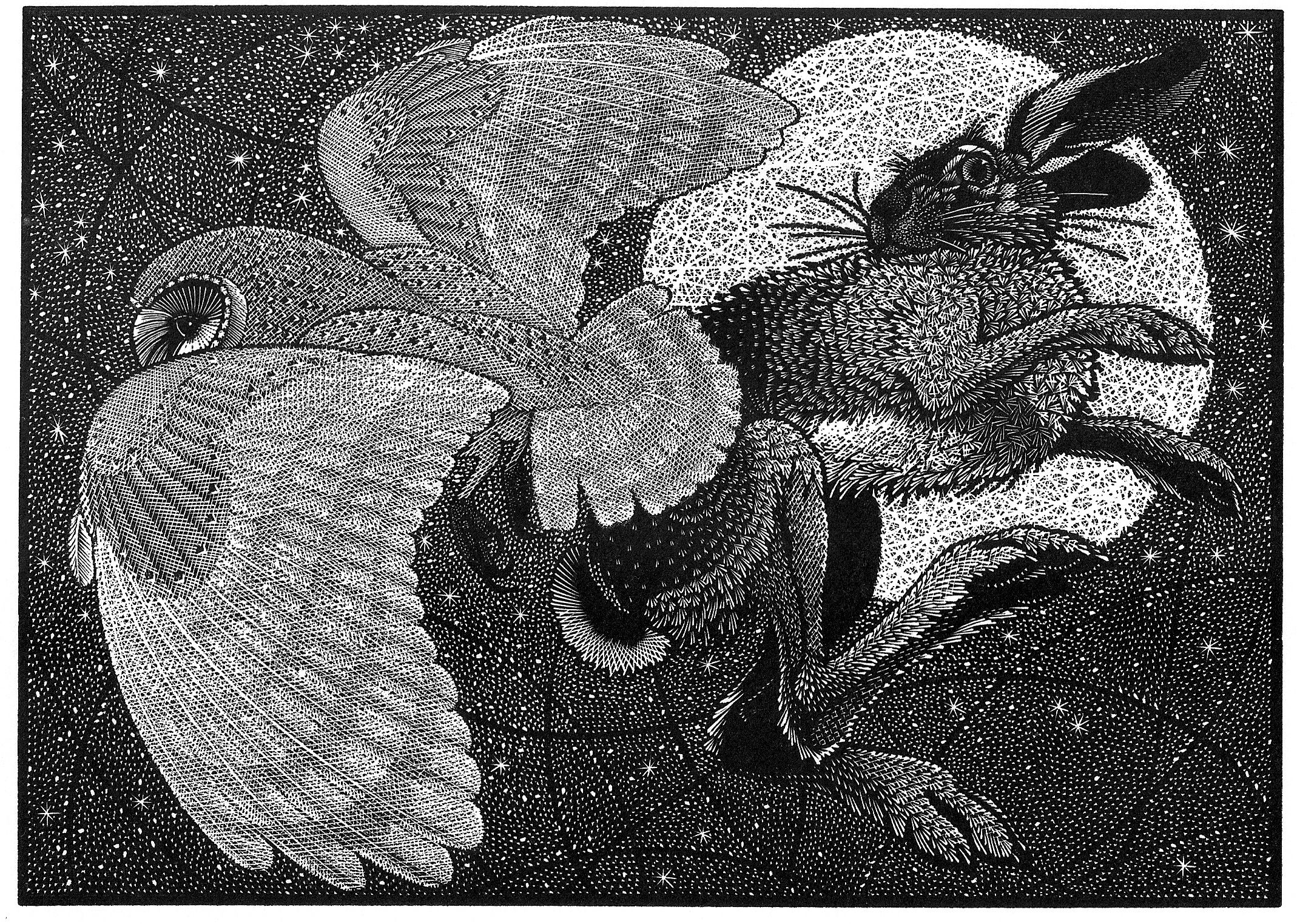 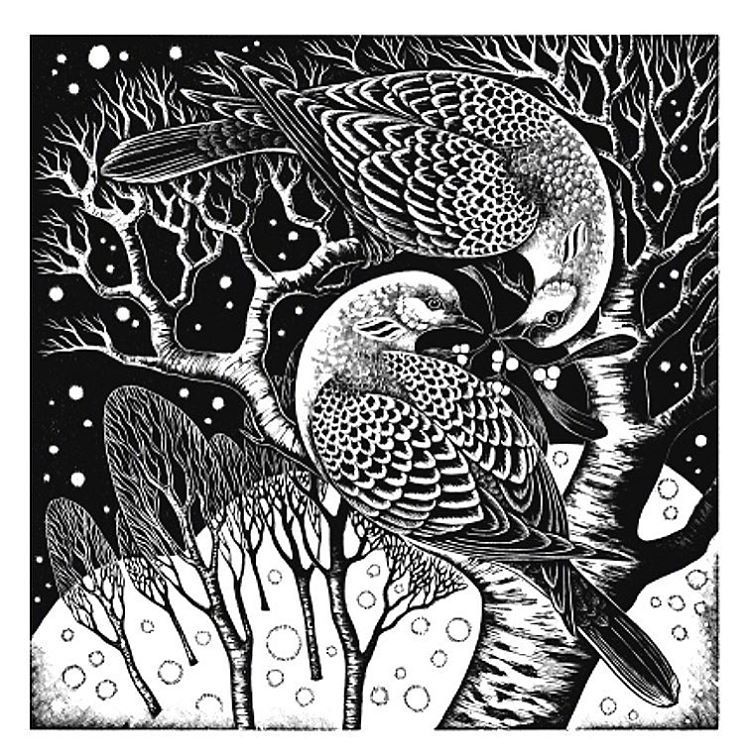 Two Turtle Doves Rosamund Fowler Last year’s Xmas card from the Society of Wood Engravers. The Society was founded by Robert Gibbings in 1920 and in the 80s & 90s it seemed every private press were... 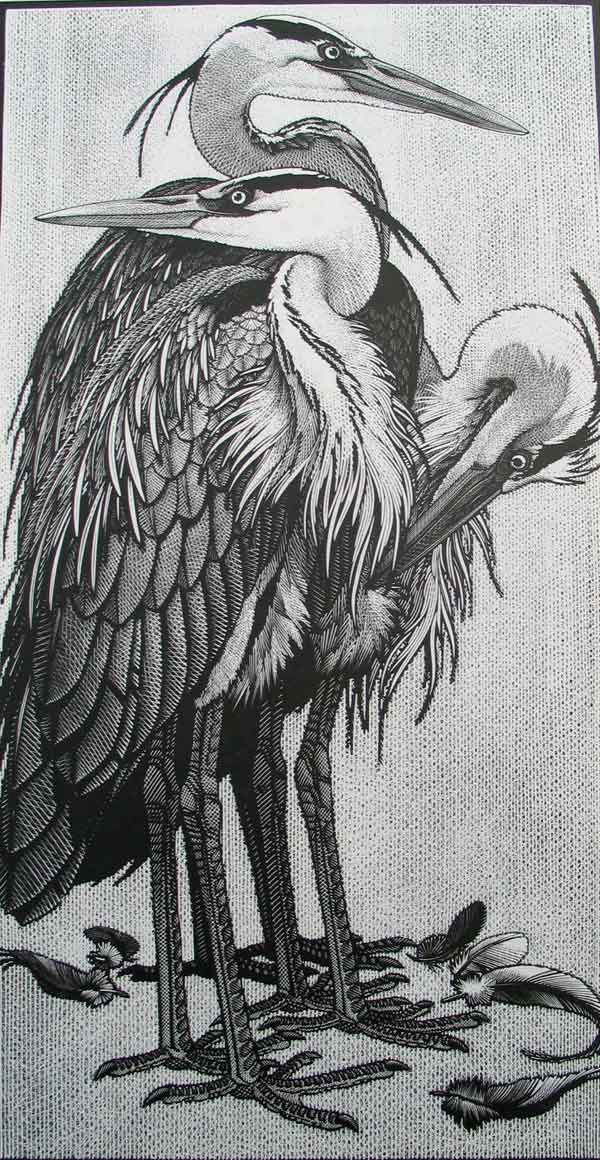 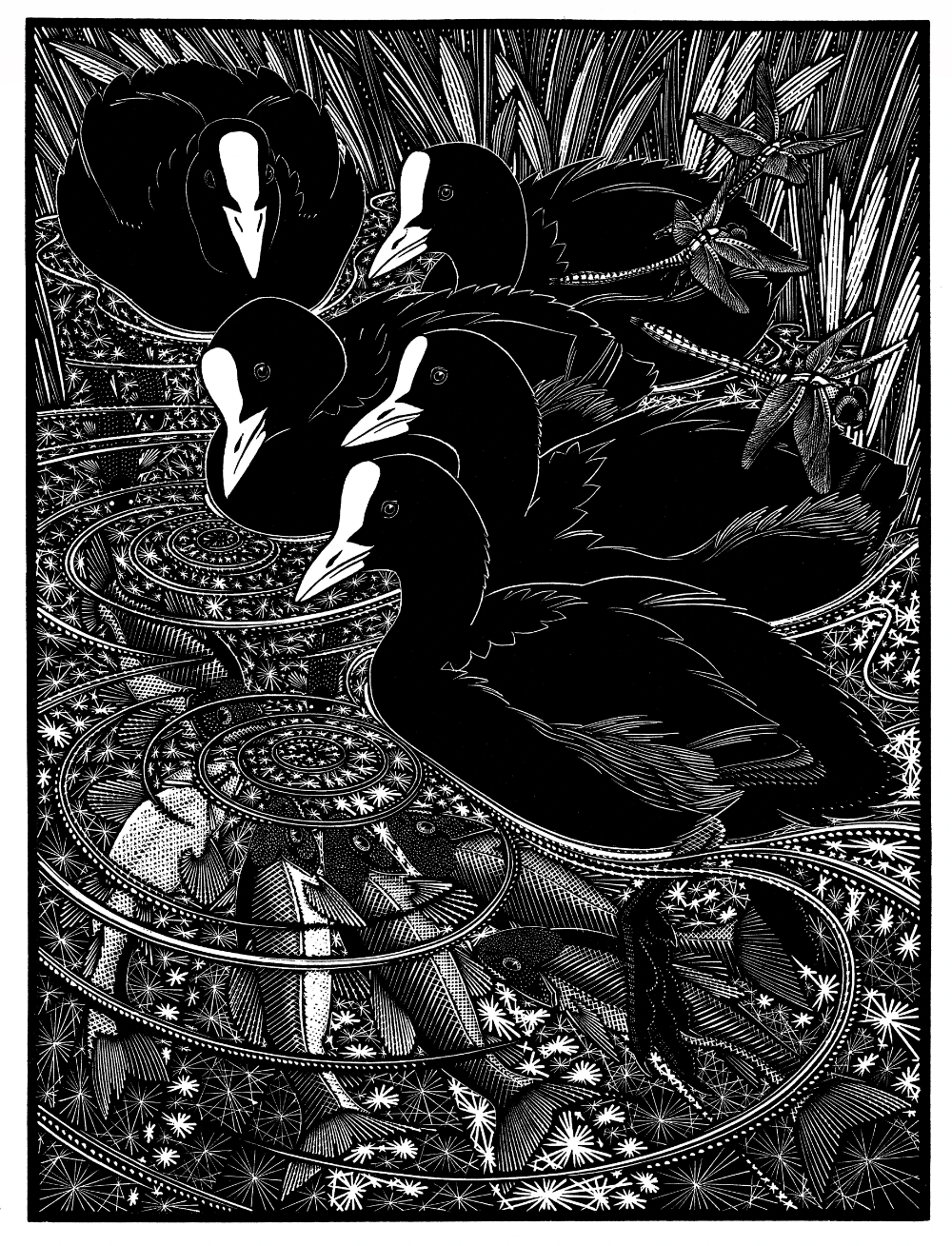 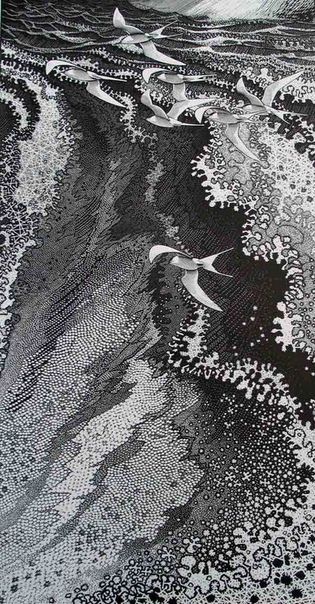 Previous Sheila Watkins - Bananas at
Next